Whenever I watch a movie, I’m always on the lookout for telephone numbers.

By now, I think we all know the 555 prefix is used for fake Hollywood numbers. I learned recently that not all 555 numbers are available for fake usage. Some of you may remember you could call information in another area by dialing NPA-555-1212, so Los Angeles was 213-555-1212, New York 212-555-1212, etc. But in the last 20 years or so, all 411 is pretty much nationwide, and with smartphones, who uses 411 anymore anyway? According to ATIS (the authority in this matter), only 555-0100 through 0199 are reserved for “entertainment and advertising purposes”. The rest of the numbers (other than 555-1212) are reserved for future use. The intention is for a 555-XXXX number to route to the same place regardless of areacode. This gives the industry tremendous flexibility someday to have a nationwide 7-digit telephone number. Although all the telephone companies will have to comply somehow. And the whole industry is moving towards 10-digit dialing anyway.

But someday perhaps this Ghostbusters telephone number will work nation-wide. 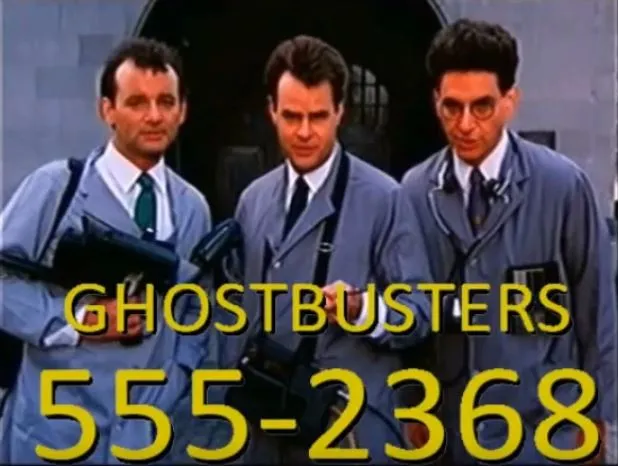 Ghostbusters – We’re ready to believe you! 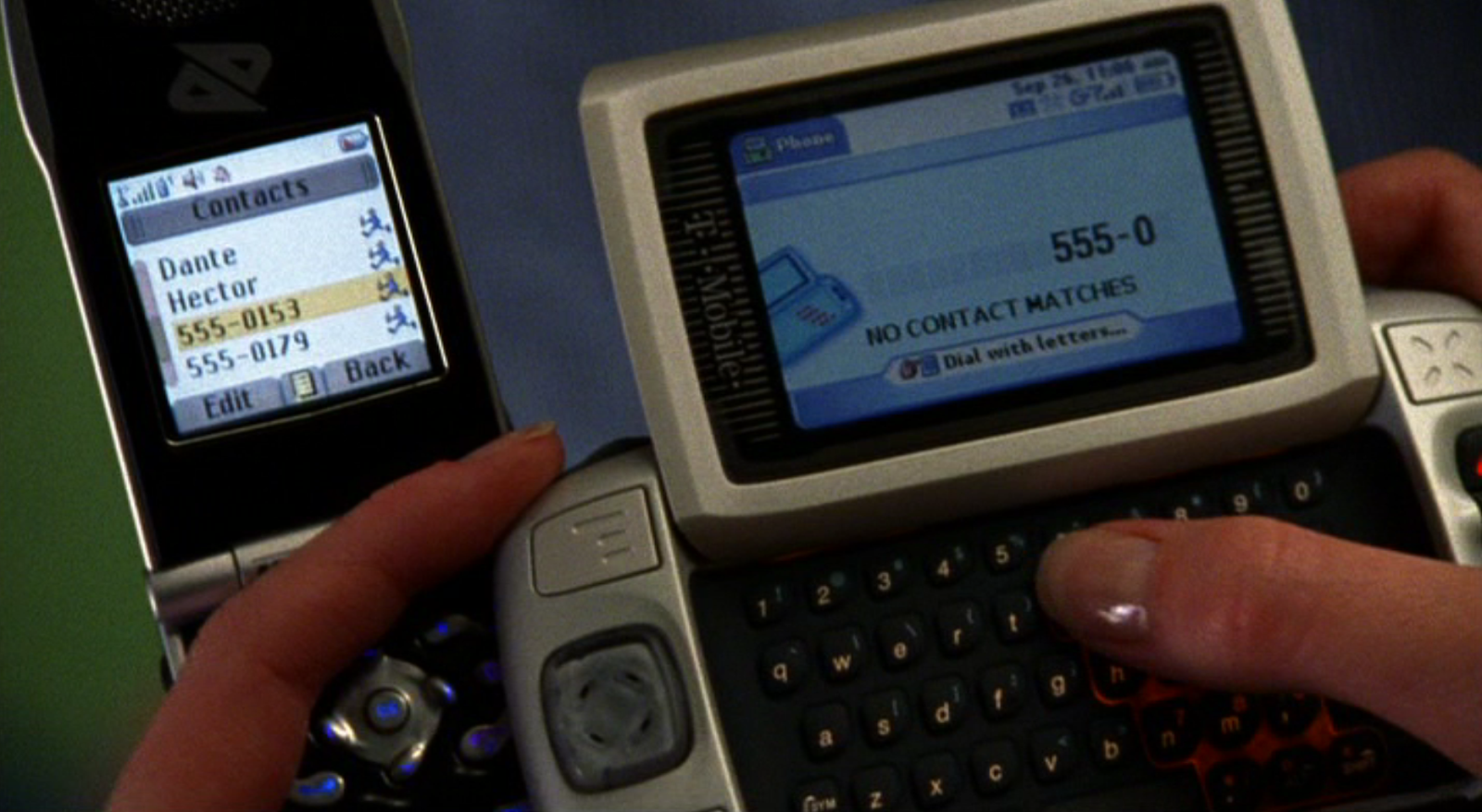 For the longest time, it was common for telephone system administrators to block calls to 555-XXXX or XXX-555-XXXX. You typically didn’t want your users dialing long-distance to “information”, and XXX-555-1212 was the only valid number. I remember sometime in 2013 or so, I got a call from a manager because he couldn’t call his BMW dealer. It turns out the dealer had an 800-555-XXXX number, which I found interesting. So I had to program the telephone system to allow calls to all of the tollfree area codes (800, 888, 877, etc.) with the 555 prefix. If you manage a telephone system, you probably had to do this also (or you will eventually – you might want to check).

Anyway, back to Hollywood telephone Easter Eggs. I recently saw this “hotline” number in the movie Don’t Look Up.

Of course, I immediately paused the movie and called the number (I recommend you finish the movie before doing this), and discovered a delightful series of hold announcements to compliment the movie. This is not something we could do back when we saw movies in the theater, but it’s fun to do it when streaming movies in our homes or on our devices. I recommend you call the number so the show’s producers can track engagement. But if the number is dead, here is the audio. It ends with a very convincing disconnect message at 15 minutes. I don’t know where they got it, but it sounds Genuine Telco.

You’ll notice this is NOT a tollfree number. The IMDB trivia mentions a different hotline number with a tollfree number that routes to an adult chat line service. I’m not sure how this was allowed to happen – Netflix made a similar mistake with the Squid Game when a real telephone number appeared in a scene. But in Don’t Look Up, they apparently procured a telephone number and edited the scene by the time I saw it, otherwise I would have called that chat line also! The new number, a vanity number ending in COMET, fits nicely with the tone of the movie. And the telephone announcements are perfect as well. This must have been rushed, or else they would have included it originally, yes? I noticed they got the same voice talent they used in the movie. The “BASH Narrator” is Liev Schreiber, according to IMDB. What fun to have him record a bunch of goofy on-hold announcements for a fake call center.

Speaking of more fake numbers, apparently, the Baby Sitter’s Club mentioned a real number intentionally as well. Alas, when I call it now, I just get a fast busy. This makes me wonder about the funding for these Easter Eggs. Does the marketing and promotions budget pay for these? And if so, is it temporary? These movies have a long shelf-life. I assume I will be able to watch the Baby Sitter’s Club many years from now. What happens if some unsuspecting subscriber is assigned that number in the future? Also, if the show is successful, there might be a considerable amount of inbound traffic. This can be a problem if the telephone number is hosted by a VoIP company that charges for inbound traffic (as most do). Don’t Look Up is in Netflix’s top 10 right now. I assume that telephone number is pretty busy. What happens when Marketing pulls the plug on the budget?

I seem to recall a scene in Fletch when Fletch is looking up some medical records of Alan Stanwyk and a telephone number could briefly be seen. I don’t know who has that number today. I wonder if anyone ever calls it? Fletch was made before the North American Numbering Plan Administration reserved fake numbers for movies. Although, Ghostbusters used 555, so I’m not sure why Fletch didn’t. I cannot seem to stream Fletch at the moment, so I cannot verify. I do have the DVD somewhere.

Although it’s not movie-related, I did want to mention my favorite telephony Easter Egg is from a game called Kentucky Route Zero. The game was published in five “episodes”. At one point, the developer, Cardboard Computers, published an “interlude” to the game with a telephone number of 270-301-5797. The CNAM says Gracey, KY but the ratecenter for 270-301 is Madison. Regardless, this telephone number connects you to the most amazing IVR I’ve ever heard. It DEFINITELY fits the mood of the game. The voice and content are absolutely perfect. I applaud the creative team involved in this. If you call it, you’ll understand why I have not provided audio. At some point, perhaps I’ll try to crawl this IVR and record it, but I have not tried. I believe it was set up in 2013 or so, and at the time I write this in early 2022, it is still active. I hope the developers never pull it down. But call it now just in case. 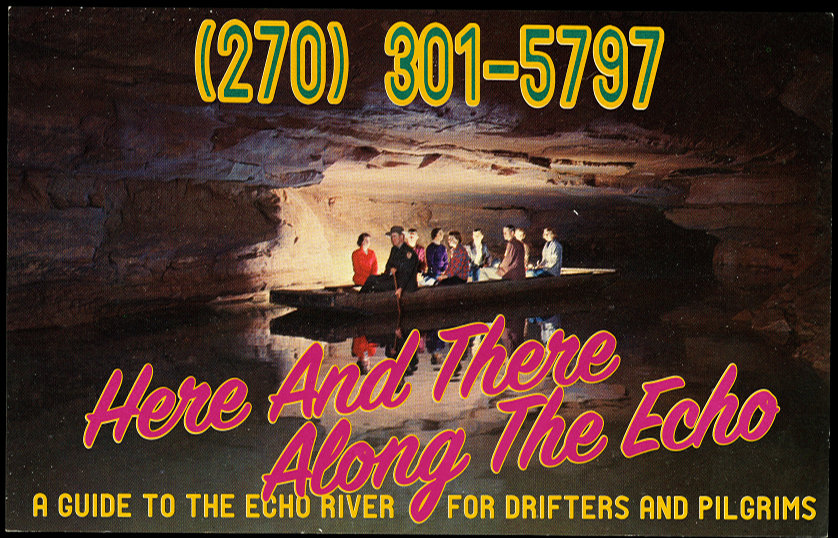 But back to movies…

And, if you are a child of the 80s like me, you may remember that telephone numbers featured prominently in Wargames. In one scene, David Lightman speaks with an operator and requests the local prefixes for Sunnyvale, CA. He then sets up a wardialer to call every number in that area. For this case, the writers could not just use the single prefix of ‘555’. So they fudged the area code when displaying the wardialer at work. The real area code for Sunnyvale, CA was 408 in 1983. But the screenshots show area code 311, which is an invalid code and impossible to call.

I’m not sure what the guidelines would be today if a movie needed to show a long list of non-555 telephone numbers. Probably something similar to this – using an invalid area code. For now, area codes cannot start with 0 or 1, nor end in 11. Prior to 1995, the middle digit had to be a 0 or 1, but this is no longer the case. So if Hollywood needs to show fake telephone numbers and wants to avoid the jarringly fake 555, then invalid area codes are the way to go.

But I love the approach that Don’t Look Up has taken – why not hide an Easter Egg in your movie?

So Hollywood – I’d like to make an offer. At the Jolly Roger Telephone Company, we have an extensive inventory of telephone numbers and access to many more. If you’re considering including a telephony Easter Egg in your show or movie, please let me help! Most of our numbers include unlimited inbound calls. Or, if you want a vanity number, we can find one and port it into our network. The rules have changed over the years for telephone number formats, so if you’re making a period piece, I can help you find a telephone number that fits the time. And I can make an AI robot of anyone in your cast of the movie, so your viewers could call into the number and speak with a character from your movie. In the case of Don’t Look Up, callers could speak with President Orlean, or Dr. Randall Mindy, or perhaps funniest of all, Jason Orlean. And as a lover of telecommunications, I will take good care of these numbers and the associated robots as a museum curator takes care of a beloved collection. Stop using the boring and obvious 555 prefix! Let’s hide some Easter Eggs and engage with your audience!

In the meantime, please let me know if you remember or notice any telephony-related Easter Eggs as you watch these shows! Also, for those of you outside the US, what does your entertainment industry do for fake telephone numbers?

Thank you all!
Roger Anderson
(roger@rogerthephoneguy.com)